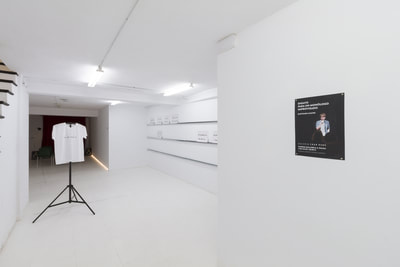 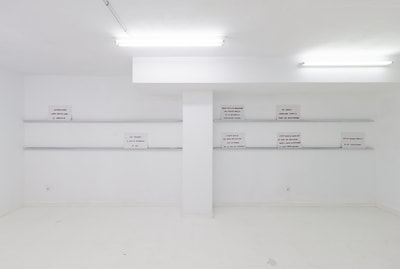 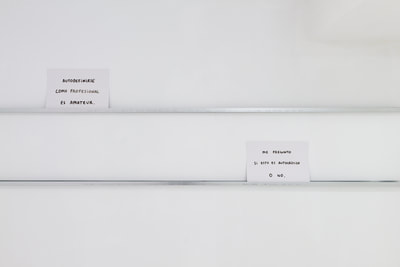 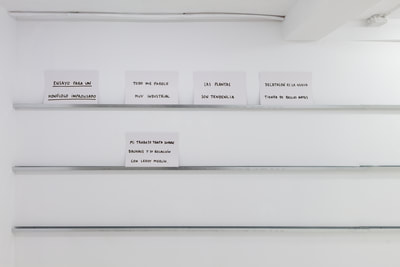 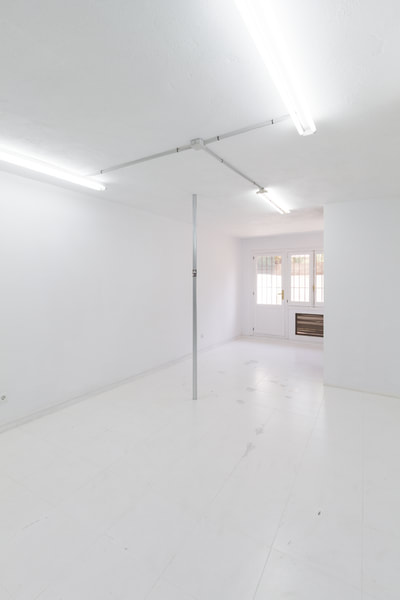 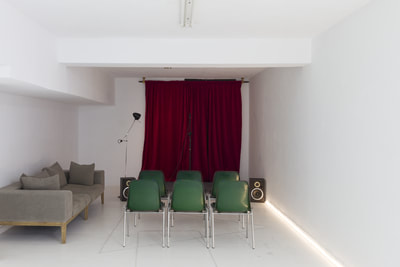 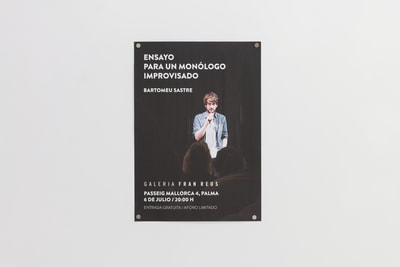 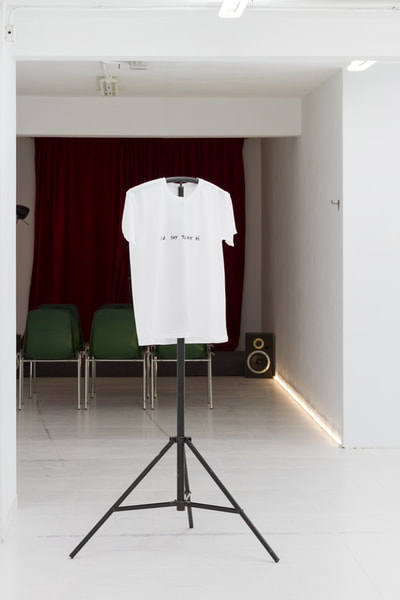 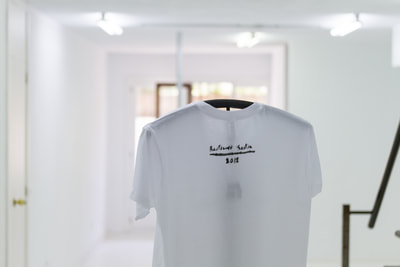 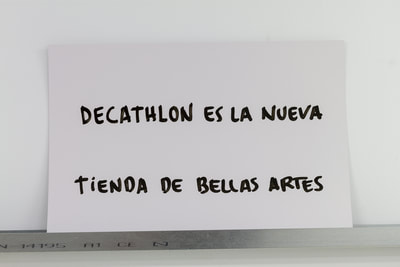 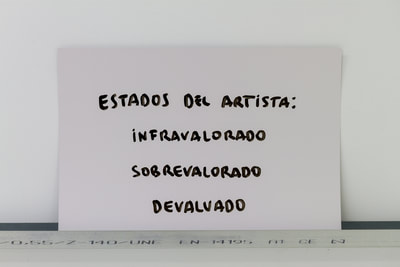 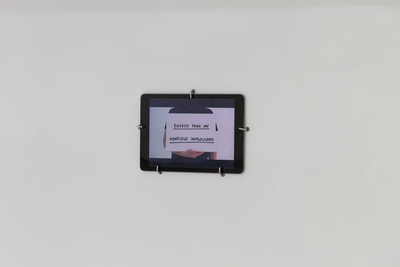 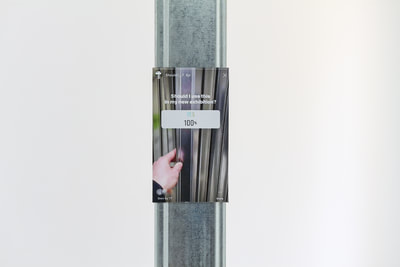 The project "Ensayo para un monólogo improvisado" enters the world of comedy to bring it to the world of art and thus highlight dynamics and vices typical of the artistic context in which we find ourselves immersed.
The exhibition is composed of seven pieces, the main one of which is a monologue, which gives its name to the exhibition. Here, the artist adopts the monologue role to speak in front of the audience in a humorous way about the elements intrinsic to contemporary artistic practice; the fashions, the attitudes of some characters in the sector, power roles, dynamics, etc. This implies a questioning of the elements used, at the same time that several winks are made depending on what he does and says at that moment.
The other works that are exposed are material elements of the same monologue or pieces derived from some of the phrases of the same. As is the case of Too shy to say hi, a serialized work in the form of merchandising.
Cue Cards or what is the same, reference cards, are the posters that are used in the world of entertainment to give the information of the script to the presenter of a television program. What would come to be the analog version of the teleprompter, but still today is still used thanks to the ability to synthesize and the speed of change they offer. The phrases that appear in these works are part of the script of the artist's monologue, where we can find phrases like: "Decathlon is the new shop of fine arts" or "There are artists making selfies to earn likes".
Working with the very elements that one has, such as the voice, the body and their own ingenuity, are part of the work elements that Bartomeu Sastre has been investigating during the last years. As if it were a road in which one self-boycotts, the artist has been looking for several elements impossible to make for him in the past, but necessary to move forward with the project. As is the fact of speaking in public or of doing their works in a non-digital way.
When we talk about humor, it is usually related to the fact of the funny or what makes us laugh. And that's how it usually is. But it also has a component of discomfort and the politically correct or incorrect. Like a mirror on which to look at our imperfections. In this case the artist will joke about himself and about the context in which he is situated.